Developed at the Max Planck Institute of Biochemistry Martinsried, the Sonation column oven is used for temperature control of the separation column in nano ESI applications.
A constant column temperature makes measurements significantly more accurate, and a higher column temperature allows significantly higher flow rates to be achieved at a constant pressure. This leads to the fact that the sample and wash cycles can be accelerated considerably and thus the utilization of the instrument is improved.

Developed with the objective of improving nano ESI 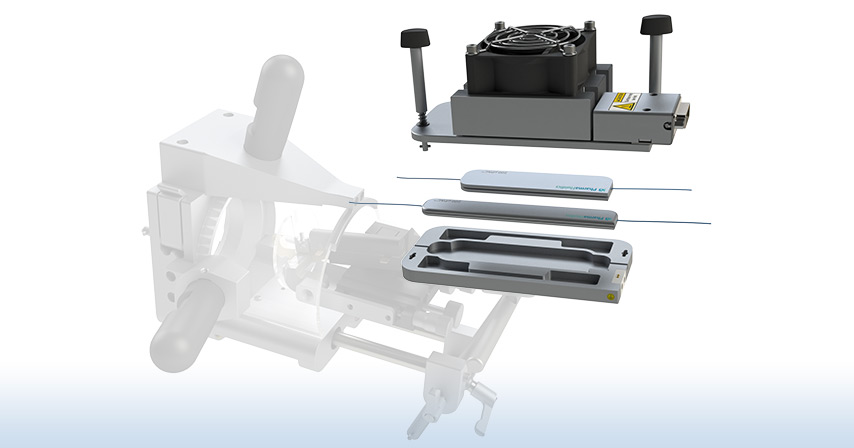 The column oven now ensures, through its precise temperature control, that the temperature of the column is kept at a known and constant value. This makes the results comparable and reproducible.

Faster washing and sampling cycles
A higher column temperature reduces the viscosity of the sample or solvent, resulting in a significantly higher flow rate at constant pressure. As a result, both the sample and the washing cycles can be accelerated considerably.
As a result, significantly more samples can be measured in a given time period than with the same measurement at room temperature.